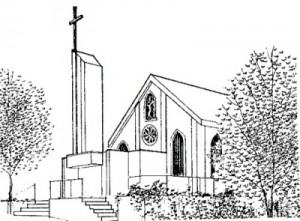 The origins of St. Patrick’s Parish can be traced to 1851 and the efforts of Father John Holzer S.J., a visiting missionary priest. At the time, the small Catholic community in Galt celebrated mass in private homes, the Cooper Shop on Parkhill Drive, and the upstairs of the firehall on Water Street South. Father Holzer initiated fund-raising efforts, and at a meeting on the evening of November 23, 1851, provided the first $18. “All I have,” he wrote, “to make a start.” On December 19, 1855, the fledgling congregation — served by travelling priests from Brantford and Paris — purchased a plot of land on the Wellington Street hill for $220. The purchase was made through a third party after certain influential citizens attempted to block the sale of property for the establishment of a Catholic church. A small wooden church capable of holding about 150 people was constructed on the site and on May 13, 1860, Bishop Farrell dedicated St. Patrick’s, the first Catholic church in Galt.

The humble little church was without pews for the first year or more. When sufficient money was collected, the parish commissioned Malcolm Ross and Edward Barrett to build pews, reportedly patterned on those of nearby St. Andrew’s Church.

St. Patrick’s continued to be ministered by priests from Brantford and Paris for another 17 years until Rev. Jeremiah Ryan was assigned as the first resident pastor in 1877. Father Ryan also established a small school at the rear of the church.

By 1879, the St. Patrick’s congregation had outgrown the little church and school. In 1880, a new pastor, Rev. Michael McGuire, led a campaign to replace both. The original wooden church building was moved to a newly purchased property on Rose Street (now Roseview Avenue) and converted to serve as a new school. It would also stand in as a temporary chapel while a new St. Patrick’s church was constructed on the Wellington Street site.

Completed in 1881 using yellow brick produced in Brantford, the new St. Patrick’s featured stained and frosted glass windows, a marble altar, and an 80-foot-high steeple topped with a gilt cross. This is the church that continues to serve St. Patrick’s Parish today. 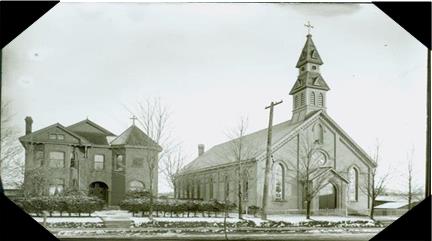 Father Emmett Doyle, later Monsignor Doyle, served the parish as pastor from April 30, 1914 until his retirement in 1967. Father Doyle presided over the parish during a period of unprecedented growth. The Catholic community in Galt numbered just over 700 people in 1914, but by 1963 the faithful numbered an estimated 5,770. 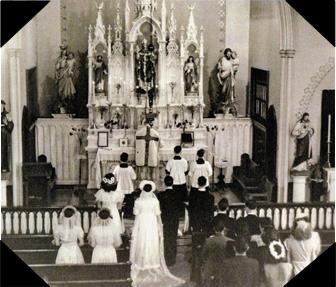 In 1971 the parish undertook a major expansion and renovation of the 1881 church. The steeple was removed, the walls on both sides of the church were knocked out and extended to increase capacity, and the interior of the church was remodeled in the style of the time. 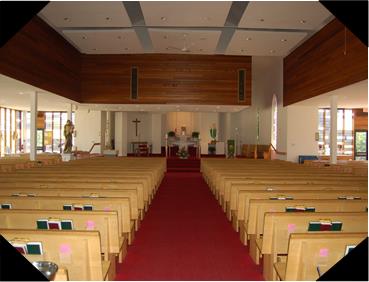 By 2015 the 1881 church was tired and in need of repair. In the tradition of his predecessors Holzer, McGuire, and Doyle, St. Patrick’s pastor Fr. William Foote embarked on an ambitious restoration project to renovate the old church and restore its original splendour.

The church was closed on July 1, 2015 for the commencement of restoration work. Masses and sacraments were celebrated at nearby Saints Martyrs Canadiens throughout the summer and early fall as construction crews and skilled artisans worked to renovate and renew the 1881 church.

The floating ceiling and massive bulkheads from the 1971 renovation were removed revealing the original barrel vault ceiling and an unexpected surprise: a painted medallion of St. Patrick looking down upon the altar. The last vestige of a painted ceiling commissioned by Father Doyle after the close of the Second World War, the image of St. Patrick was retained in the restoration and presided over the transformation of the old church.

Work included removal and restoration of seven original Victorian gothic windows; repair, restoration and repainting of the walls and ceiling of the narthex, nave, transepts and confessional. Decorative beams and tracings were added to the ceiling. Paint rays and gold leaf tracings were added to the wall behind the tabernacle and crucifix, carpeting and flooring was replaced with a hardwood floor and Oriental rug  installed in the sanctuary.  Traditional church lighting was installed in the nave and sanctuary, and a gothic inspired tester was custom crafted and suspended above the principal altar. The altar was refurbished and embedded with the altar stone from the high altar consecrated when the church was dedicated in 1881. The altar stone from the original 1857 church was placed in the Altar of Our Lady.

Parishioners returned to the renewed St. Patrick’s in late October and Bishop Crosby rededicated the church at the 5 o’clock mass on Saturday, October 31, 2015. The restoration has been completed with the addition of a pipe organ salvaged from a church that was closing. 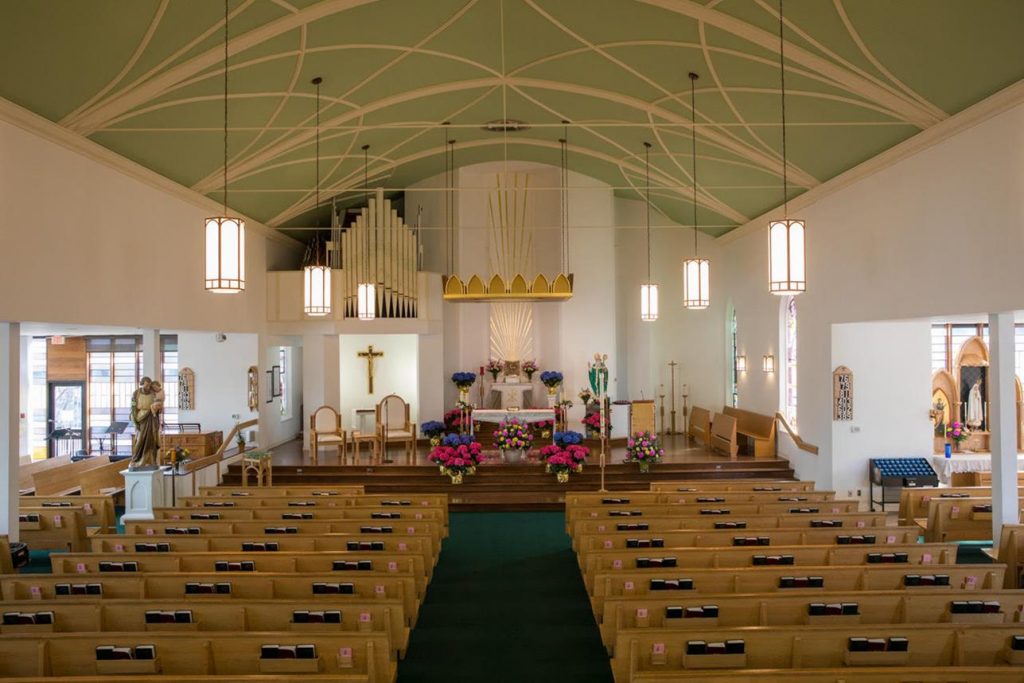